An opportunity too good to miss.

Ray Matthews, Race Chairman, invited me to be the "official" photographer for the 2016/17 Cape to Rio Yacht Race.  The brief: to record the entries in the run-up to the event, the starts and, of course, the finishes and apres-event in Rio.

I began by visiting competitors on or shortly after arrival.  Team Angola Cables, Runaway and Black Pearl had arrived early and had much assembly to do.  One evening, I received a call from the race administrator, Tiffany McSwan: Mercenario 4 was due to arrive in Cape Town at 10 p.m. Would I join in to meet them?  Well, of course.  The South Easter was blowing about 25 kts, it was pitch black and cloudy.  Out came a big battery operated flash.  My first time using it out in the elements.  I put it on a vertical pole at the back of Royal Cape II (hopefully out of the splash zone) and off we went ... 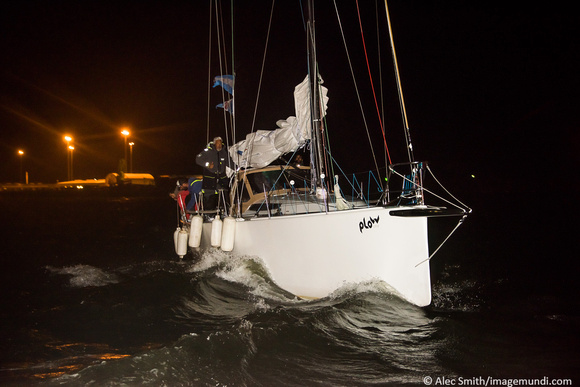 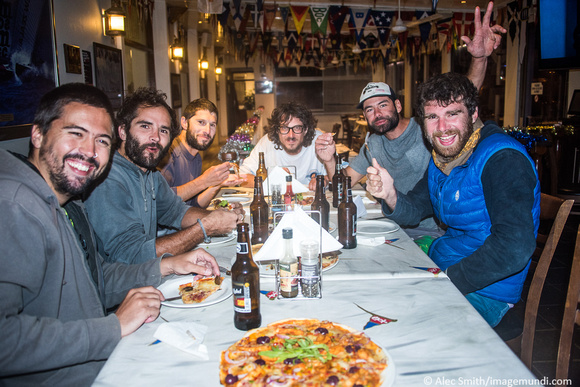 Here is a gallery of the Boats and Crews

Every photographer has a different "eye", by which I mean that, if left to their own devices, they will each take different shots from different angles.  When there are three of them in the same boat there will be some debate and many similar photos.  For Cape Town there were to be shared media boats, sponsored by Maserati, and in Rio I had my own boat, kindly lent to us by the ICRJ Sailing Office.  At the first start, I was committed to be at Royal Cape Yacht Club to catch the blessing of the fleet and crew farewells.  The media boat was leaving from the Race Village and so I went out on the RCYC VIP catamaran instead of joining a media boat.  A different perspective. 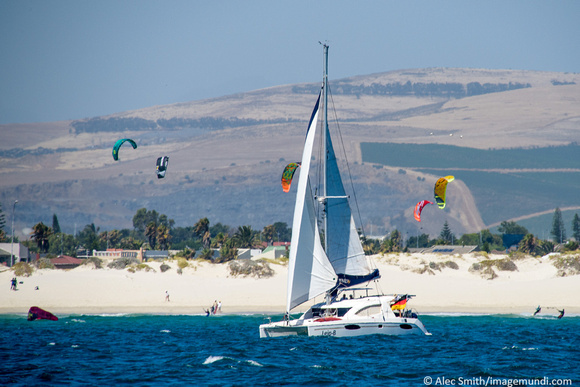 Leia B chasing kite surfers.26 December 2016, #Cape2Rio2017<br/>The Blessing of the Fleet at Royal Cape Yacht Club for the first start of the Cape to Rio race 2017.<br/>Speeches and crew pictures, followed by the start at 14:00. 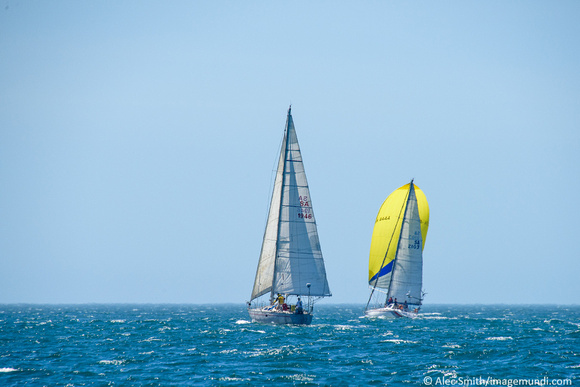 Marie Galante and Avanti beyond Robben Island.26 December 2016, #Cape2Rio2017<br/>The Blessing of the Fleet at Royal Cape Yacht Club for the first start of the Cape to Rio race 2017.<br/>Speeches and crew pictures, followed by the start at 14:00.

The second start, on 1 January 2017, was an altogether larger affair and took place from the Race Village at the V&A Waterfront.  It was a great send-off with a large crowd - I had to climb out onto one of the tyres hanging from the quayside to ensure clear shots of the sail-past. I joined a media boat for the main event and was then kindly permitted aboard Ocean Princess by David Abromowitz to accompany the early leaders out to Blouberg.  It was, once again, beneficial to get a different position and enabled me to see Trekker II passing Robben Island for the last time. 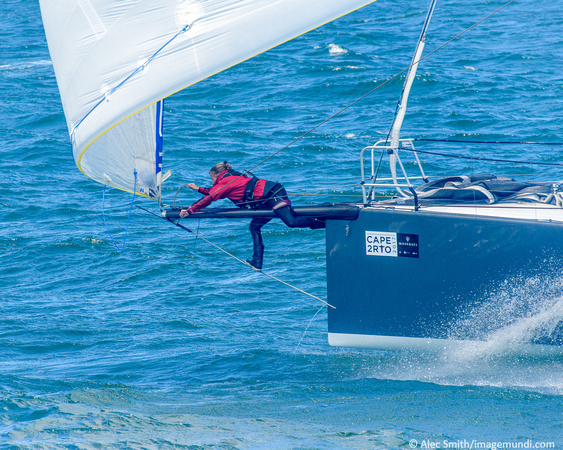 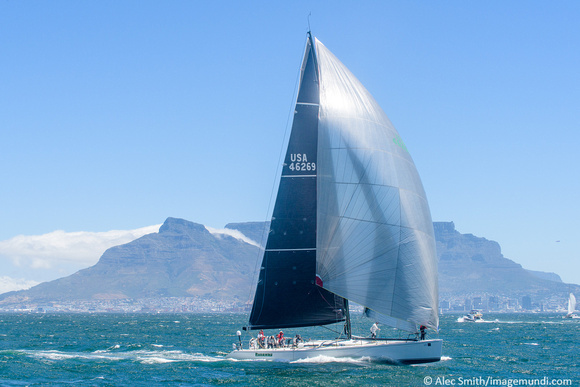 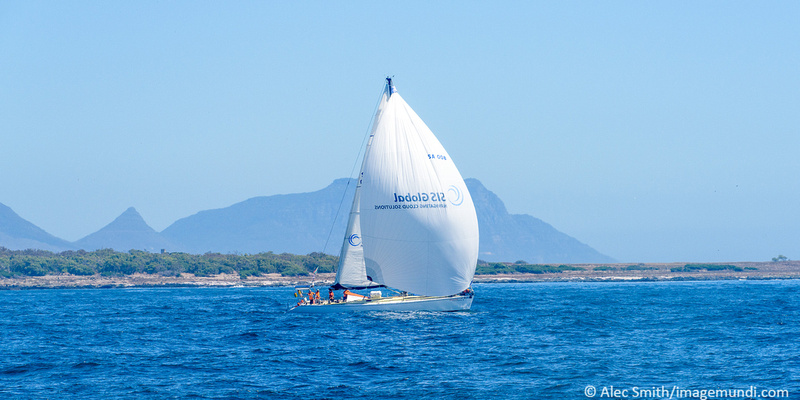 I flew over a week after the starts to join Ray and Liz Matthews and Tiffany McSwan in Rio.  We watched, we waited. We learned that few Brazilians speak or understand English. Things take time in Rio.

The Iate Clube do Rio de Janeiro were very helpful and gave us all the resources we needed.

It looked to be Runaway coming in first.  We observed the tracker and waited. We went out to the finish boat, moored in position for the duration of the finishes. We waited. It was a dark night. Eventually, Runaway approached the line with startling rapidity.  I had my flash rigged on its pole in the little RIB and had to rush to get into position to capture the finish.  For the future, I vowed to go out sooner and meet the boats on their way in. By having my own boat in Rio, I was able to be where I needed to be to get the "Arriving in Rio" experience recorded for each finisher.  This was greatly aided by the calm conditions, which allowed me to steer the boat by leaning on the wheel whilst keeping both hands free for the camera.  Sometimes I got rather close but without incident and nobody seemed to mind.

The most memorable and notable thing was the huge sense of camaraderie within and between the crews.  This reached a peak when Mercenario 4, Ullman Challenge and Saravah all finished in close succession. These pictures are but a small subset.

There were of course prizegivings and many other things to record.  Also, it would be unfair to omit that photographing this race is a joy because it starts in one beautiful place and ends in another.  There is always a great setting for one's efforts... 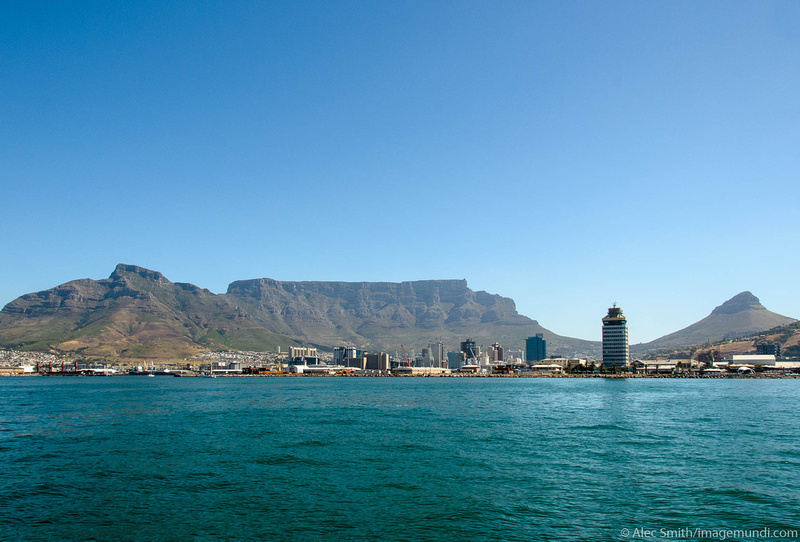 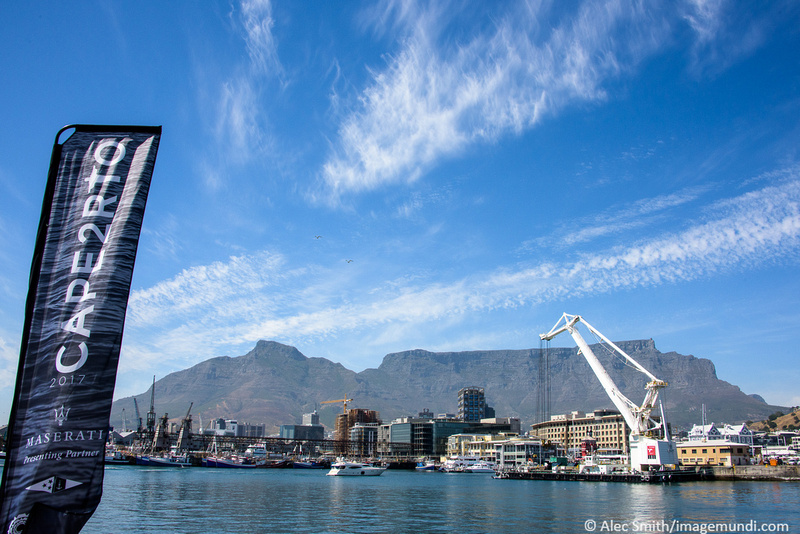 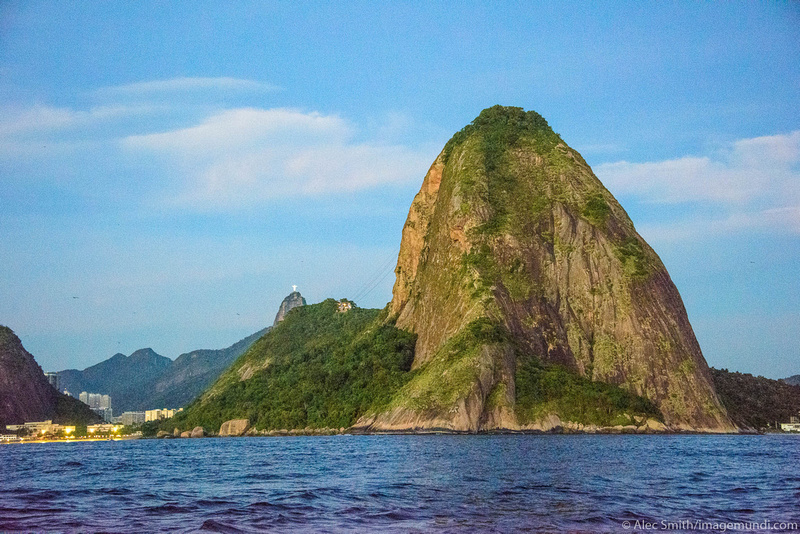 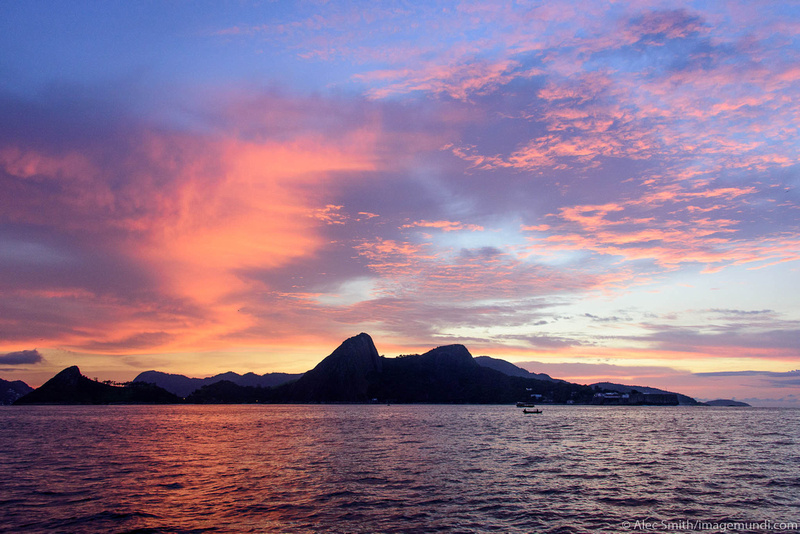 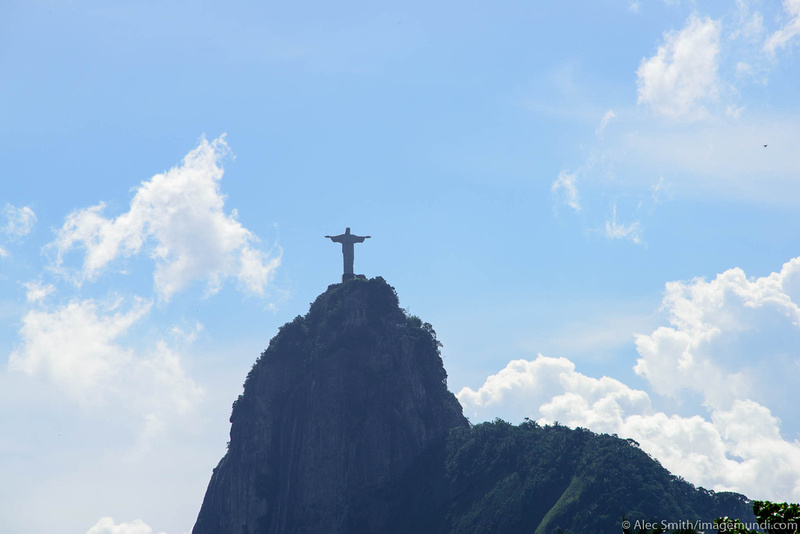 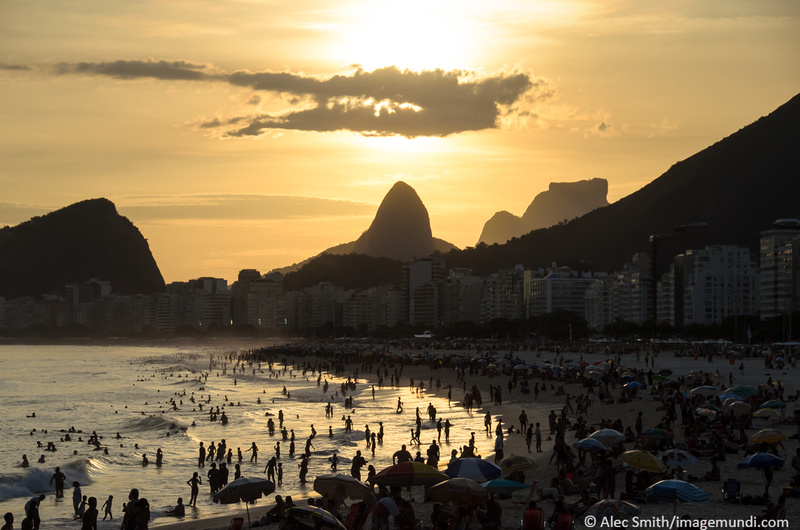 All the pictures are here: http://www.imagemundi.com/cape2rio2017